The Hollywood Professional Association (HPA) Awards Committee announced today that veteran media technology executive Darcy Antonellis will receive the organization’s prestigious Lifetime Achievement Award during a gala celebration at the Hollywood Legion on November 18, 2021. The Lifetime Achievement Award, given only at the discretion of the HPA Board and Awards Committee, honors the recipient’s dedication to the advancement of the industry.

For sixteen years, the HPA Awards have recognized creative artistry, innovation, and engineering excellence in the media content industry. After presenting a virtual HPA Award ceremony in 2020, the awards return to an in-person event this year. 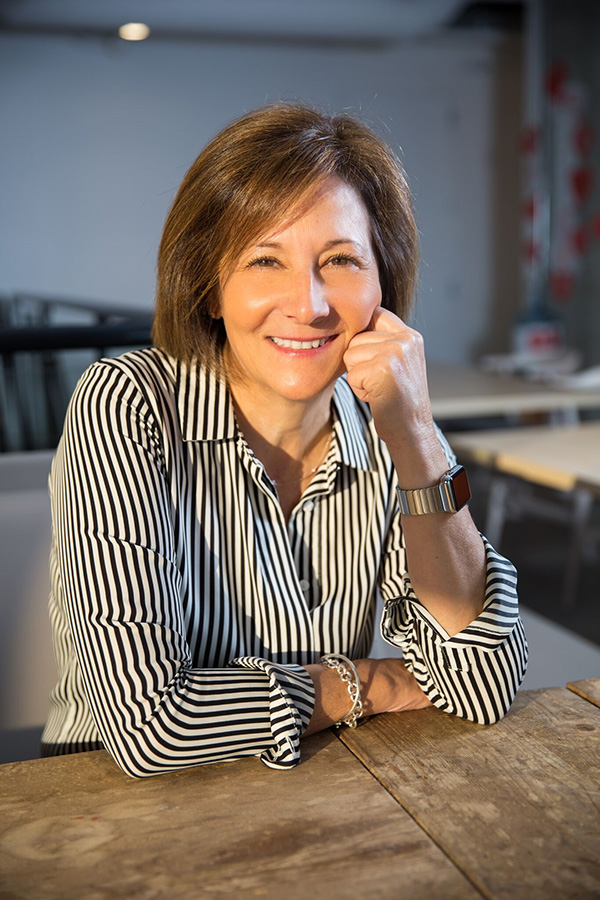 Widely respected as both a technologist and executive, Antonellis has been formally recognized for the impact of her innovations and leadership in the media and entertainment technology space. During her early career at CBS, she led Operations and Engineering for the CBS News Bureau in Washington, D.C.  Moving to New York, her responsibilities extended to CBS Network’s Technical Operations and ultimately as Head of Technical and Olympic Operations for CBS’ coverage of the 1998 Nagano Winter Olympics. In addition to these highlights at CBS, Antonellis held a variety of leadership positions covering a variety of global events cutting across News and Sports, including the Albertville and Lillehammer Winter Olympics Games for Sports, and as Director of Operations in Saudi Arabia and Kuwait during the Gulf War.

After her career at CBS, she was recruited to Warner Bros. as Senior Vice President, then Executive Vice-President Distribution Technologies & Operations. In 2004, as the filmed entertainment industry was taking lessons from the impact of piracy on the music industry, she was named Warner Bros. Corporate Senior Vice-President for Worldwide Anti-Piracy Operations where she oversaw the creation of Hollywood’s first anti-piracy operation and developed a multi-tiered strategy focused on technology, business development, enforcement and legislation, to enable compelling, competitive options to piracy. In 2008, Antonellis was named President of Technical Operations and Chief Technology Officer at Warner Bros., where she was instrumental in the studio’s transition to digital technologies and automation for distribution across theatrical, home entertainment and television, and oversaw the studio’s supply chain.

Antonellis was named CEO of Vubiquity, a global media and entertainment distribution technologies and services provider in 2014 and oversaw the company’s growth and global footprint expansion. In 2018, the company was acquired by Amdocs Inc., a provider of software and services to communications and media companies around the globe, where she most recently served as Division President of Amdocs Media bringing together content experiences linked to subscription and identity management, before taking up her current position as Senior Advisor.

Antonellis serves on the boards of Cinemark Holdings and Xperi Corporation. She holds patents in the areas of digital distribution, imaging and audio processing and is a member of the Academy for Motion Picture Arts and Sciences and a SMPTE Fellow. Antonellis served on the advisory boards of Temple University’s College of Engineering and the Global Advisory Council for the professional Women’s Tennis Association (WTA). As a supporter of a number of socially conscious initiatives throughout her professional and private life, Antonellis has served in a variety of charitable roles. Some include the American Cancer Society fighting breast cancer, and on behalf of the American Heart Association ideating its STEM Goes RED program for SoCal, designed to encourage high school girls to gain interest in studying the sciences to support better health. She also served on the board of Kidsave, a non-profit focused on finding adoptive families for children ages 6 to 16.

Antonellis earned a Bachelor of Science in Electrical Engineering from Temple University and an MBA from Fordham University with a concentration in Finance. She is a three-time Emmy recipient in the areas of Technical Production and Engineering (Lillehammer and Nagano Olympics and for Warner Bros’ development of the first studio digital supply chain platform). Some additional acknowledgements include Broadcasting and Cable’s Technology Leadership award, India’s NASSCOM award, Hollywood Reporter’s Digital 50 and Multichannel’s Class of 2018 Wonder Women.

Antonellis commented on her award, “HPA’s roots are embodied within our craft – as peers within media and entertainment – whether through technological innovation or most importantly through the content and experiences that come to life by incredible artists and talent, I’m humbled by this acknowledgement. Most importantly, I am and always will be grateful for the talented and dedicated people who I’ve had and have the honor to work alongside.”

Seth Hallen, President of HPA, said, “It is a great honor for us to name Darcy Antonellis as the 2021 HPA Award Lifetime Achievement winner. The impact that Darcy has had is irrefutable. Her efforts to build an anti-piracy framework for our industry, her leadership across the important companies she has steered, and her brilliant and innovative perspective is well known. Her patents, stellar record, her Emmys and other honors, all stand as evidence of the significant contributions she has made to our industry.”

Nominations for the HPA creative categories have been announced earlier. Winners of the coveted Engineering Excellence Award which were previously announced include the ArchPlatform by ArchPlatform Technologies, OpenColorIO v2 by AutoDesk, Nuke by Foundry, and NearTime by Mo-Sys Engineering. The Judges Award for Creativity and Innovation, a juried honor, will be awarded to Welcome to Chechnya and its director, David France, and Visual Effects Supervisor, Ryan Laney.

Tickets for the event are now available at hpaonline.com.