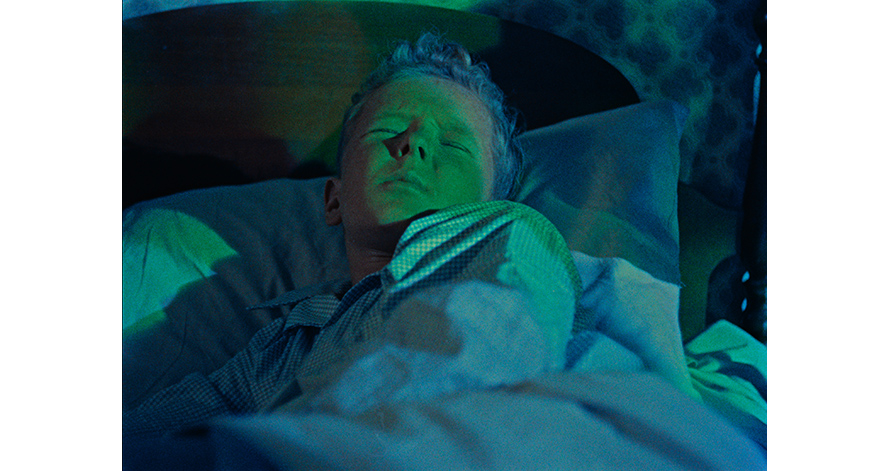 The HPA Awards will boast a new honor when the inaugural award for Outstanding Achievement in Restoration is bestowed, on November 17 at the Hollywood Legion Theater. In the words of HPA president Seth Hallen, a founding member of the HPA Awards Committee, “we see such tremendous work being done in the field of restoration and preservation, and the value of that work to our industry is undeniable.” The award will be presented by Entertainment & Media Technology Marketing founder/president Anthony Magliocco, who has been on the HPA Awards Committee since 2009 and took the lead in establishing the new award.

The first award honors Invaders from Mars, a cult classic directed by William Cameron Menzies in 1953. Scott MacQueen, who led the UCLA Film & Television Archive from 2012 to 2021, supervised the restoration of Invaders from Mars for Ignite B.V., a Dutch company that acquires and restores classic films. The film, which used the point of view of a child for the invasion of the Martians, was made at the height of Cold War paranoia and terrified a generation of children who saw it in the mid-1950s in the movie theater or in the 1960s on TV. That included a few – Steven Spielberg, John Sayles and Brad Bird among them – who grew up to become filmmakers, influenced by the strong emotion the movie provoked.

But restoring this Cold War classic film was complicated enough for MacQueen to dub it “a nightmare of a restoration” in his presentation of the film at Italy’s Il Cinema Ritrovato restoration film festival. “Invaders from Mars stood out based on the challenges they faced and the resourcefulness with which they approached them,” said Magliocco. This inaugural award was decided by a jury whose members were drawn from the industry for their knowledge and expertise in restoration. In addition to Magliocco, the jury was comprised of senior colorist Lynette Duensing; Rich Chase Foundation president of the board of directors Bob Heiberg; director/producer Jay Holben; archivist/ historian Chris Horak; former Film Restoration vice president Richard May; and The Walt Disney Company library archivist Janice Simpson.

The global restoration community responded with enthusiasm to HPA’s new award category, with the jury reviewing over 40 projects from around the world. “The goal was an award that would be international in scope,” said Magliocco. “We received many excellent projects for this first awards season.” Jurists winnowed the submissions down to four finalists before choosing Invaders from Mars.

Invaders from Mars’ director Menzies was a renowned art director/production designer who made his name with films such as the 1924 Thief of Bagdad and received an Honorary Academy Award for his use of color in Gone with the Wind. Menzies also wanted to direct and got his chances after the end of World War II, with 18 episodes for the TV series The Halls of Ivy and a handful of other projects. In 1953, producer Edward Alperson (Irma La Douce) gave Menzies the chance to direct his script – and be the production designer – for Invaders from Mars.

Menzies’ design is one of the memorable aspects of the film, which features “exaggerated sets and upward angles,” according to Ignite. Noted film critic Leonard Maltin gave the movie three out of four stars and deemed the production design “starkly stylish.” When MacQueen presented the 4K restoration, what stood out, said Magliocco, were “the technical issues restoring the film due to the original film stock … [as well as the challenge] in sourcing and piecing together diverse elements to complete the project.”

The movie was shot with Eastman Kodak 5248 film stock and used the two-color Cinecolor subtractive system that went defunct in the mid 1950s. When producer Alperson went bankrupt in 1956, all the Invaders from Mars assets were scattered to the wind. A 1957 dupe negative for Europe that added ten minutes and a 1962 16mm version for U.S. B&W TVs, as well as a 1976 “spurious amalgam” of the two versions, added to the complications.

Ultimately, the restoration team gathered the following assets to restore its 667 events at Roundabout Films: an incomplete original camera negative (OCN) deposited at UCLA Film & TV archive by Ignite; two overseas Cinecolor prints of the European version; a 35mm Cinecolor print of the domestic version; and a 35mm Eastmancolor print – with faded color – of the spurious amalgam.

The Herculean effort to restore the film, noted Magliocco, shed light on “how a culture, filmmaker, performer, or our technology has evolved”; applied photochemical and digital tools to preserve the project for the enjoyment of future generations; and honored the work of all the creatives, technicians and others involved in its making. “The jury recognized that Invaders from Mars hit all the key points for an award and the reasons to be restored,” he concluded.