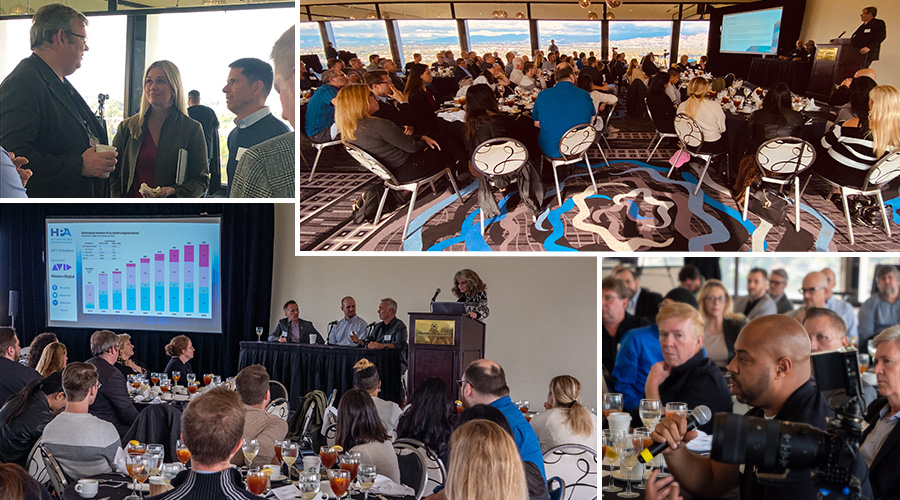 For its first in-person event since the start of the pandemic, HPA NET will present “Color Grading in the Cloud” on June 16, 11:30 am – 2 pm at the Sheraton Universal Hotel. The event will explore color grading in the cloud of 10- or even 12-bit 4:4:4 through the real-world experiences of creatives and service providers who are color timing ETC’s “Fathead.” The production, set in a dystopian future, is the fifth short from USC’s Entertainment Technology Center. It features extensive in-camera VFX captured in real-time on an LED volume.

The event’s topic is tailor-made for NET, the largest subcommittee of HPA, whose acronym stands for Networking, Education & Technology. With a charter to collect and disseminate information on how to integrate cutting-edge technologies into today’s content creation, NET is designed to build and enhance the knowledge base of members so they can deploy new tools in their storytelling.

“A lot of really cool stuff is on the horizon waiting to be adopted,” says NET Chair James Blevins, who served as Postproduction Supervisor for Lucasfilm’s “The Mandalorian” for two years before launching Valid Essence, a consultancy focusing on virtual production and cloud computing. “Innovation is not slowing down, and we’re not going to stop telling stories: It’s part of our DNA. So content creators need to be able to identify and use these new tools.”

The “Color Grading in the Cloud” event grew out of Blevins’s volunteer role as Postproduction Supervisor of “Fathead,” which “leaned heavily on virtual production and access to Amazon’s amazing storage and bandwidth tools,” he reports. “A terabyte is not what it used to be. As bandwidth has increased, data may not need to move around as much. As soon as a camera card for ’Fathead’ was full it was copied into Amazon S3 cloud object storage and into high-bandwidth storage at Amazon. We then surrounded the data with virtual Resolves. The process was so fast that the data was available to the production within an hour. Our on-set editorial came from the cloud.”

The “Fathead” postproduction team tested Resolve 18’s cloud color timing capabilities, which delivered “all the color fidelity promised” with low latency, says Blevins, and scheduled their color timing session for mid-May. They will share their experiences at the “Color Grading in the Cloud” event.

It’s NET’s goal to schedule four in-person events annually. In addition, NET expects to introduce a new iteration of its “Through the Frame” interview series and continue its “Critical Conversations” remote series.

“After two years, these NET events provide much needed opportunities to network again with colleagues and friends,” she says. “People want to feel they belong to a group, to be part of something. Everyone in HPA has the chance to develop and maintain meaningful relationships here with people in the industry; it’s how we connect with our jobs and the community. The personal interaction gained by having live events again can’t be overstated.”

Sanchez-Salamanca is excited about “Color Grading in the Cloud,” which will provide essential information about the cloud that industry professionals need to know now. “The future is the cloud, and people may not be aware of how things will be changing in the next couple of years,” she says. “Forecasts done by Frame.io show that by 2026 the entertainment industry won’t use hardware to move footage, everything will be in the cloud. So a lot of education is needed to deal with that transformation and transition, and that’s what we’re trying to accomplish here.”

She’s enthused about how “Color Grading in the Cloud” will use “Fathead” to illustrate the process. “For me, it’s important that we keep showing real-world applications. We’re not just talking about the technology. The juicy bit is how to use technology with storytelling, how to combine technology and creativity. I’m a techy person, but I still want to see how it all works in the real world.”

“Innovation tends to feel like it comes up really fast from behind you because old technology evolves into new tech,” says Blevins. “We encourage people to not only attend NET events but also join us and contribute new ideas we can act on.”

Register for Color Grading in the Cloud here.