“Sometimes I forget how far we’ve come and also how much farther we’ve got to go.” 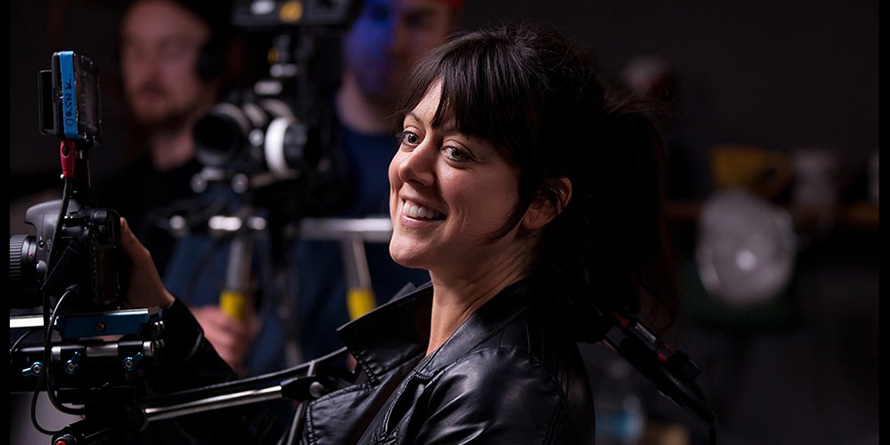 “Who doesn’t love an historical epic?” says Polly Morgan, BSC, ASC. “Especially one wrapped up in so much action and drama and heart and in an environment we know so little about.”

Who doesn’t love an historical epic indeed. Modern classics Gladiator and Braveheart laid the template for action drama where the audience roots for the heroic underdog against an imperial oppressor.

The Woman King does this and a whole lot more. It’s a slice of our past that until recently would have been confined to the history books and, if retold by Hollywood at all, handed to the only gender it believed could handle action spectacle.

Instead, Sony Pictures’ historical epic about female warriors living and warring in the west African kingdom of Dahomey in the early 19th century is directed by Gina Prince-Bythewood (The Old Guard) and filmed with her handpicked team of mostly female heads of departments.

Morgan was in Louisiana shooting the Netflix drama Where the Crawdads Sing when Prince-Bythewood invited her to join the team. She put together a pitch deck of color, light and camera references drawing on the Golden Age of Dutch and Flemish painters for inspiration.  She used travel photography out of Africa to help convey atmospheric elements like smoke, flame and water and discussed the options with her director.

“Shooting on Arri Alexa 65 we wanted to light the movie with firelight and ambient daylight, to draw people into the environment in a way that Braveheart and Gladiator did,” she says. “It had to be visceral and textural with a painterly quality, not sharp, glossy and digital. For me, looking at those masters of art evoked the kind of filmic feeling we were after.”

On location in South Africa

They shot principally in and around Cape Town, supplemented by scenes in KwaZulu-Natal in the north of South Africa. This region is dry, especially in the summer, at odds with the tropical and lush climate of Western Africa. With production designer Akin McKenzie Morgan worked hard to ensure that both locales would be a fine substitute for Benin (formerly Dahomey).

“In Cape Town this meant masking everything that said ‘South African’, making sure each frame leant into the fact that it wasn’t dry or too dusty, that we gave it a tropical feel. Shooting exteriors are always a challenge in trying to match colors and control the light in a changing environment.”

The remarkable vistas of KwaZulu-Natal helped contextualise the movie but put the production in a remote location that required taking all crew, generators and equipment. The film’s opening night-time battle is shot here and showcases the athleticism of the actors who had intensively trained to perform many of the stunts themselves.

“We conceived this action sequence in longer takes to be able to move from one performer to another, so the camera had to move 360 degrees,” Morgan explains. “As the camera does this dance with the action I had to do the same with lighting by dimming lights up and down with the movement so that nothing became flat or over lit. I had to make sure I had enough depth in the negative so I could see everything I needed to see in front of camera. It took a lot of rehearsal to get right.”

Another challenge was to light the many night scenes for a period when there were no electric light sources.  “I wanted to make sure I really exposed the faces of our Black actors well. I don’t want to over light or flat light them or take away the mood. I wanted to lean into the contrast, between the daylight and the fire or the moonlight and fire, and to do it in a way that retains darkness and shape.”

With a majority Black cast, Morgan was conscious of making sure every actor was given due attention to the way they were lit. “Historically some [filmmakers] haven’t done the best job in lighting properly for dark skin,” she says. “In our movie you have super rich dark skin such as Sheila Atim ranging to lighter dark skin like Thuso Mbedu’s. For me it was about figuring out how to capture these tonalities in a way that would highlight the beauty of Black skin.”

She was intrigued to discover ongoing research on the issue being made by Cape Town based company Digital Melanin. From them she learned that photography has been technologically biased toward Caucasian skins.

“From a light meter to a camera sensor every exposure tool is based on 18% middle grey,” she explains. This harks back to a decades’ old photographic tool used by American masters like Ansel Adams for exposing landscape prints. “Eighteen per cent grey is matched with lighter skin tones so when you are exposing everything is related to Caucasian skin. The aim of Digital Melanin is to help cinematographers everywhere to light dark skin with accurate tonality. It’s not one size fits all.”

Ideally, this approach encompasses a production-wide embrace of wanting to see people correctly on screen. Make-up artists, for example, have a role to play in learning about the best application for different skin tones. Other notable cinematographers like Tommy Maddox-Upshaw, ASC are making vocal and visual statements about this approach to tonality.

“It is important for everybody to have this conversation and not be shy of shooting Black skin or nervous about broaching this topic,” Morgan urges. “Filmmaking is blossoming in its diversity and that adds to the richness of the stories we are telling.”

The Woman King also makes a powerful statement about the role of women behind the camera.  For Morgan, who began her career over twenty years ago, it’s a sign of significant change but also of progress yet to come.

“When I started out, I desperately wanted to be a DOP and there were very few women I could see who represented that career choice and showed me that that could happen,” she says. “Not only that, but the few women I did see also didn’t have kids. They didn’t have that balance of work and family life. It was such a male dominated industry. Sometimes I forget how far we’ve come, and also how much farther we’ve got to go.”

Morgan, who was born and grew up in the UK and studied film at AFI in L.A., worked her way up from a PA and camera assistant to lensing major shows like Lucy in the Sky and A Quiet Place Part II. For most of her career she has been the only woman on a set. Even now, when she starts a new movie the lead actor – male or female – will often confide in her ‘You’re the first female DP I’ve ever worked with.’

“I know every single female cinematographer working and I am contacted frequently by a new wave of female cinematographers, so at times I think there’s a lot of us doing it, but actually the numbers are still small,” Morgan says. “To do a movie like this where young woman can see women on screen being celebrated and empowered is important. We depict physically powerful women that are not only action figures but who are also dealing with themes that women deal with in their lives – pregnancy, sisterhood, mothers and daughters, rape and abortion, the sale of human life.

“We’ve had a lot of feedback from young Black women saying that The Woman King is inspiring to them because they’ve never been seen in this way before. It’s very powerful to have made this movie which I hope will inspire many more women to move forward in their careers and in their lives.”

There’s work to be done. Morgan reports that camera departments now are generally more gender balanced, although electricians and grips tend to be male preserves. “The tide is slowly changing,” she says. “Some women are getting into gaffing and gripping, which is exciting. Women are seeing that there are career choices here for everybody.”