HPA Women in Post is delighted to announce that acclaimed director Gina Prince-Bythewood and cinematographer Polly Morgan, ASC, BSC will be featured in conversation with Hollywood Reporter Tech Editor Carolyn Giardina. They will discuss the challenges and climate for change for women in the entertainment industry as well as their recent collaboration on the critically-acclaimed film The Woman King. Presented in association with the SMPTE Media Technology Summit the event will take place on October 27, 2022.

Everyone will be able to enjoy lunch while interacting with SMPTE, HPA and ASC members, HPA committee heads and several special guests.

Also, don’t miss – The day before on Wednesday, October 26, 3-4 PM, HPA Women in Post and SMPTE Hollywood present a panel at the SMPTE Media Technology Summit: Executive Decisions: A down-to-earth conversation with notable key players at the forefront of technological change in the M&E Industry

HPA members may use discount code 2022HPA for 10% off conference registration.

Award-winning director/writer/producer Gina Prince-Bythewood is one of the most versatile storytellers working in film and television.  Known for her authentic character-driven work, Prince-Bythewood has directed and written such influential feature films as “Love & Basketball,” “The Secret Life of Bees,” and “Beyond The Lights.”

Prince-Bythewood’s latest feature film is directing the  epic, “The Woman King,” for Sony’s Tristar Pictures which opened in theaters on Friday, September 16 at the top of the domestic boxoffice and an A+ CinemaScore.  The film is the remarkable story of the Agojie, the all-female unit of warriors who protected the African Kingdom of Dahomey in the 1800s with skills and a fierceness unlike anything the world has ever seen. Inspired by true events, “The Woman King” follows the emotionally epic journey of General Nanisca (Oscar®-winner Viola Davis) as she trains the next generation of recruits and readies them for battle against an enemy determined to destroy their way of life. Some things are worth fighting for… The film stars Viola Davis, Thuso Mbedu, Lashana Lynch, Sheila Atim, Hero Fiennes Tiffin and John Boyega.  Produced by Cathy Schulman, p.g.a., Viola Davis, Julius Tennon, and Maria Bello.  The executive producer is Peter McAleese.

Prince-Bythewood’s most recent feature film was the critically-acclaimed action drama blockbuster, “The Old Guard,” starring Charlize Theron and Kiki Layne.  A Netflix and Skydance original feature, it is based on the popular comic book series created by author Greg Rucka and illustrator Leandro Fernández.  Among the accolades Prince-Bythewood received for her work on the film includes the Nancy Malone Directing Award from New York Women in Film and Television. The blockbuster is among the Top 10 most popular Netflix films of all time with Prince-Bythewood becoming the first Black female director on the list.  Prince-Bythewood, who decided not to direct the sequel, is a producer on “The Old Guard 2.” The film is currently in production.

For television, Prince-Bythewood most recently directed the first episode and served as an Executive Producer of ABC’s limited series “Women of the Movement.”   The six-episode series aired in three parts debuting in January, 2022, and based on the true story of Mamie Till-Mobley, who devoted her life to seeking justice for her son Emmett Till following his brutal murder in the Jim Crow South in 1955.  “Women of the Movement” is created and Executive Produced by Marissa Jo Cerar, who worked with Prince-Bythewood on “Shots Fired.”

Prince-Bythewood’s next television project will be “Genius: MLK/X,” which she and her husband Reggie Rock Bythewood, will serve as Executive Producers under their production company Undisputed Cinema. The Disney+ Original limited series is produced by Imagine Television and 20th Television.  “Genius: MLK/X” will explore the formative years, pioneering accomplishments, dueling philosophies and key personal relationships of Martin Luther King Jr. and Malcolm X.  Malcolm X argued forcefully for Black empowerment, identity and self-determination. With their formidable wives, Coretta Scott King and Betty Shabazz, by their sides, King and Malcolm X became synonymous with the civil rights era and the fight for racial and economic justice. While they met only once and often challenged each other’s views, neither would have been as successful without the other.  The series reunites Prince-Bythewood and Rock Bythewood with 20th Television and Imagine Entertainment, who previously worked together on “Shots Fired.”

Other recent credits for Prince-Bythewood include the special event series, “Shots Fired,” which she and Rock Bythewood served as Series Co-Creators and Executive Producers.  The ten-hour series for Fox examined the dangerous aftermath of two racially charged shootings in a small Southern town.   In addition, Prince-Bythewood directed the pilot for Marvel’s “Cloak & Dagger,” which launched to strong reviews and viewers, starring breakout actors Olivia Holt and Aubrey Joseph as two teenagers with newly acquired superpowers who are mysteriously linked to one another.

As a longtime advocate for equal representation in film and television on-screen and behind-the-scenes, Prince-Bythewood has championed many emerging writers and directors as well as funding a scholarship for African American students in the film program at UCLA, her alma mater. 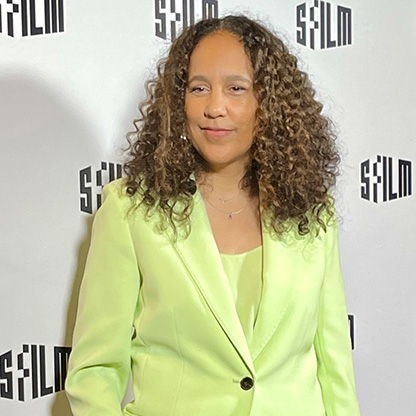 Polly Morgan, ASC, BSC
Polly Morgan was born in London and after working as a camera assistant in both the UK and Canada, Polly attended AFI (American film Institute) in 2008, to study a Masters in Cinematography. Soon after graduating, Polly began shooting independent features that gained attention at festivals such as Sundance, SXSW and Tribeca, before branching into television drama in both the UK and USA. Named an ASC Rising Star in 2012, Polly was named as one of Variety’s Ten Cinematographers to Watch in 2016 and in 2018 became the only female ever to be both an ASC and BSC member. In 2018, Polly shot Noah Hawley’s directorial debut for Fox Searchlight Lucy In the Sky and in 2019, Polly lensed the sequel to A Quiet Place for Paramount Pictures. In early 2020, Polly was nominated for an ASC Award for Best Cinematography in Television for her work on FX’s Legion and in 2021, shot Where The Crawdads Singand The Woman King for Sony Pictures. 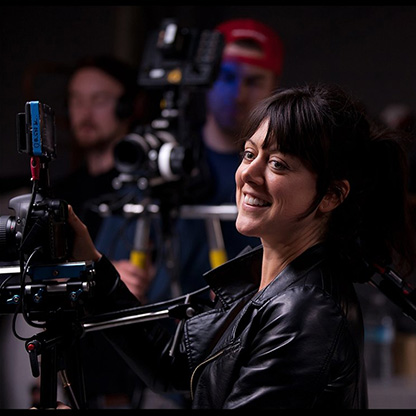