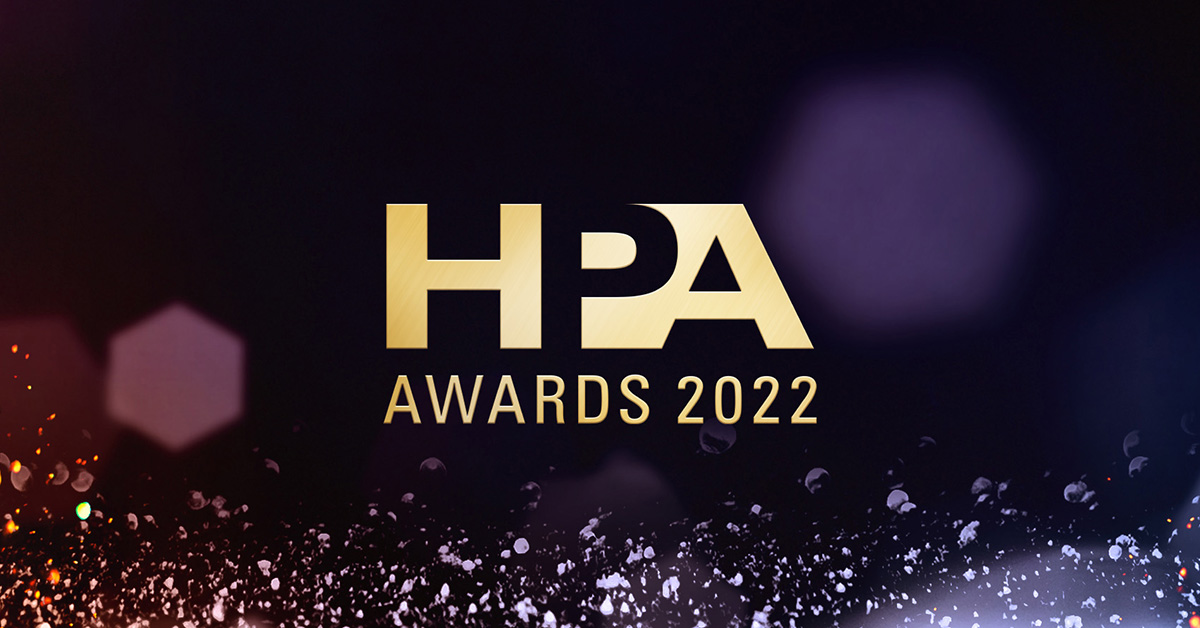 The 2022 Hollywood Professional Association (HPA®) Awards call for entries for creative categories opened today with dedicated categories for color grading, editing, and sound in documentary nonfiction. Submissions will be accepted until July 29.

The only awards event encompassing the incredible breadth of talent behind the beauty and spectacle of media and entertainment, the HPA Awards are approaching two decades of recognition as the standard bearer for artistry behind the screen. This year, outstanding work in color grading, editing, and sound in documentary nonfiction (both features and episodic) will be recognized in its own categories, joining color grading, editing, sound, and visual effects in feature film, episodic, and commercials. Judged by experts and artists at the top of their careers, the HPA Awards commend the most compelling and important work from around the world.

The HPA Awards will return to the Hollywood Legion Theatre on November 17. Details for the event will be revealed in coming weeks.

To be considered eligible, work must have debuted domestically and/or internationally during the eligibility period, September 8, 2021 through September 6, 2022. Membership in the Hollywood Professional Association is not required, and work from outside of the United States is encouraged.

Submissions are now being accepted in the following competitive categories:

This year, the HPA Awards will also honor restoration with the new award for Outstanding Achievement in Restoration, a juried honor which draws attention to work from our industry that preserves our cultural heritage and enlivens our experience.

Seth Hallen, HPA President and a founding member of the HPA Awards Committee, said: “As the HPA Awards have matured, we have seen the need to differentiate documentary nonfiction work from scripted. These new categories are in direct response to a significant industry trend, but also to our audience of creatives, who have submitted and promoted this category over the years. At the same time, we see such tremendous work being done in the field of restoration and preservation, and the value of that work to our industry is undeniable. It’s thrilling to announce these additional awards as we open the call for entries for creative categories for the 2022 HPA Awards. This year, as we continue to return to in-person celebration, I look forward to being together again to honor, connect, and enjoy a spectacular event.”

The call for entries for the HPA Engineering Excellence Award, honoring products and processes representing outstanding technical and creative ingenuity in media, content production, finishing, distribution, and archive, opened last month and submissions will be accepted until June 24, 2022.  The HPA Judges Award for Creativity and Innovation, a juried award, will be announced in advance of the gala. Both special awards, as well as the new award for Outstanding Achievement in Restoration, will be bestowed during the HPA Awards gala.

Complete rules, guidelines and entry information for the creative categories and all of the HPA Awards, as well as a list of previous winners, are available at hpaonline.com.