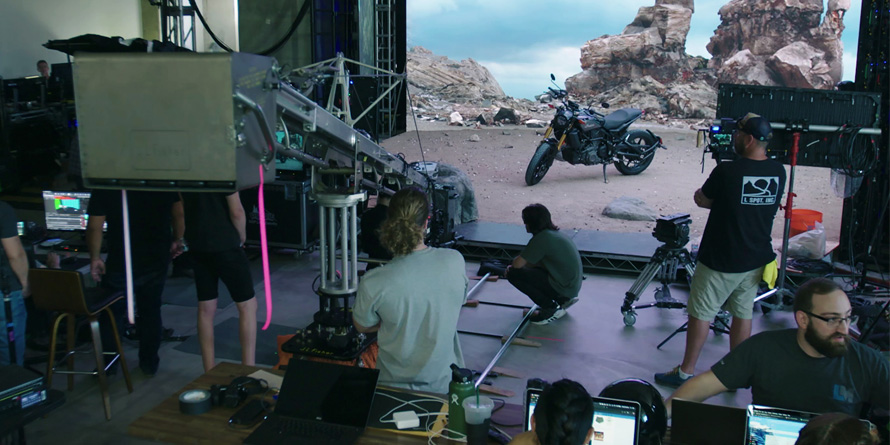 On July 11, the HPA Awards Committee announced the four winners of the 2019 Engineering Excellence Award. One of them is Epic Games, honored for its Unreal Engine 4, which is currently playing a major role in enabling virtual production. The privately held company, founded in 1991 by software engineer Tim Sweeney, started off developing games, and now has made 55 of them. But Sweeney had bigger ideas. “His vision was to do not only games but to create a metaverse where you could go to play games but also go shopping or shoot movies or interact with people in this virtual universe,” says David Morin, head of Epic Games’ LA Lab.

Sweeney began writing the code for what was to become Unreal Engine in the mid-1990s, and developing “Unreal,” a first-person shooter game; both debuted in 1998. By the end of 1999, it was clear that third-party developers were relying on the Unreal Engine for their own games. Now, more than 500 games have been built by outside developers. Five years ago, Epic Games made Unreal Engine free for use in all non-gaming businesses. “People started using it in the car industry, architecture, medical – and the film/TV industry,” says Morin.

While Epic Games’ game Fortnite was taking the world by storm, gaining more than 125 million players in less than a year, some prescient film/TV professionals were figuring out ways to use the powerful game engine for producing TV and movies. What they quickly learned was that Unreal Engine 4 is, as the company puts it, “a highly flexible and scalable real-time visualization platform enabling animation, simulation, performance capture and photorealistic renders at unprecedented speeds.”

At Siggraph this year, Epic Games’ Los Angeles Lab hosted a collaborative demonstration of how Unreal Engine 4 could be used for what Morin calls “previsualization in all its flavors” – PitchViz, TechViz, StuntViz, and Post/VFXViz. “Unreal Engine 4 has been used on more than 70 film/TV projects since 2016,” says Morin, who adds that the first project was Rogue One. Among the projects that have used the engine are Game of Thrones, Logan, The Meg, Christopher Robin, and a host of others that cannot yet be named.

The most significant use of Unreal 4 is to create in-camera VFX, allowing filmmakers to previsualize the backgrounds, digital characters and even digital humans, composited with the actors, in real time. Morin reports the art department, stunt department and editorial have also used it. “The purpose is to have a temp composite after the shoot and before the VFX are ready, so the editors can look at something that’s not greenscreen,” he says. “You can achieve a high level of reality that is close to the final, which helps editors cut more precisely.”

Unreal Engine 4 offers features specific to the film/TV industry, such as Live Link, which allows the engine to connect with external devices, such as a motion capture or camera control system. The new multi-user editor allows numerous people, each with their own computer, to interact with the virtual world at the same time. The VR Editor allows them to not only go into the virtual world to look around, but also gives them the ability to edit the scene, from changing the landscape to creating a virtual camera. Sequencer lets the filmmaker jump from one position to another and move any object in the scene. Last, nDisplay allows the creative to “infinitely paint video walls and scale the rendering” over LED screens, and then move the images from all the screens in sync. “The more screens, the more resolution,” says Morin. “Multiple displays work as one.”

To help productions get a leg up, Epic Games published “The Virtual Production Field Guide,” a 77-page free-to-download PDF that is a “how-to” manual on the use of virtual production techniques for cinematography, visual effects, animation and more. It is available for download here. “We believe that our industry is [evolving from] the first generation of software, that helped us to do anything in VFX – but in a post production fashion where you don’t see much of it in production,” says Morin. “Now, we believe that, with Unreal Engine 4, we can take all these VFX and bring them back on set, with the filmmakers.” That not only returns the power of the final image to the director, cinematographer and craft departments, but also brings the TV/film production pipeline back to the earliest days, when everything, even visual effects, was in-camera.

At the HPA Awards, other companies that will be honored with the 2019 Engineering Excellence Award are Adobe for Content-Aware Fill for Video in Adobe After Effects; Pixeworks for TrueCut Motion; and Portrait Displays, Inc. and LG Electronics for CalMAN LUT.