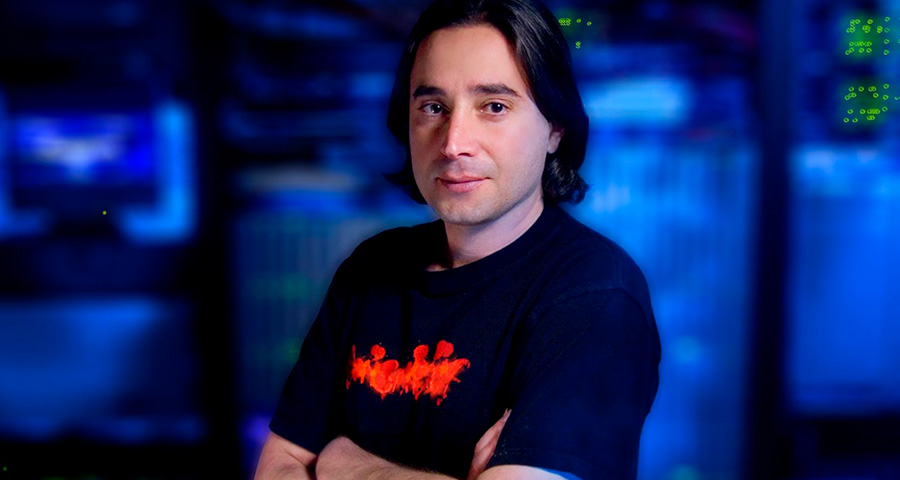 On Thursday October 11, at The Garland in North Hollywood, HPA NET (Networking, Education and Technology) will hold a lunch focused on the impact of blockchain for creative workflows. Blockchain – everyone’s heard of it and nobody seems to know exactly what it is. If you’ve ever tried to understand blockchain and given up somewhere in the process, this event is for you, says DigitalFilm Tree founder/chief executive Ramy Katrib who will moderate the panel.

“The mention of blockchain creates angst in people in our community,” says Katrib. “Here’s something that’s touted as being huge, and if you can’t wrap your mind around it, you feel like you’re at a big disadvantage. Why is blockchain a big deal? Why is it important to media and entertainment?”

Katrib noticed at a recent industry event on blockchain that several people were still scratching their heads after the event’s end. “If you don’t understand blockchain, you’re not alone,” he stresses. “When you look at a chart that shows what makes up blockchain, it is mind-numbingly complicated.” But, he adds, that shouldn’t stop people in our industry from grasping the main outlines of blockchain enough to see what it could be used for in their own companies. “My mission in life is to give a broken-down, easy to understand description of blockchain,” Katrib promises.

To do so, Katrib has brought two panelists into the conversation: Eric Diehl, who is vice president of media and content security at Sony Pictures Entertainment and Mark Zorn, who is senior manager of productions and content cybersecurity at HBO. Diehl is already at work on a blockchain project at Sony Pictures. Katrib reports his software development team is working on blockchain-enabled processes. HBO has not yet adopted blockchain, but Zorn has been doing research based on his interest in its security ramifications.

The idea for the event focused on blockchain came from inside the industry, says Katrib. “Both [SMPTE & HPA Executive Director] Barbara Lange and [HPA President] Seth Hallen were interested in blockchain, and I realized this approach had resonance – to break down blockchain in a conversational way,” he says.

Part of the confusion is that every industry, from banking to healthcare, has been investigating blockchain as a technology that could aid their workflow, financial accounting and security. Media and entertainment industry professionals are very used to working in their own universe, with tools specialized for making, distributing, monetizing and archiving films/TV. If a bank can use blockchain, how could that possibly apply to making movies? “There’s so much noise around blockchain,” says Katrib. “I’ve read that it’s going to destroy our industry. People want to know why I’m interested, knowing I have a post house.”

“Everyone has his or her own angle on blockchain,” he continues. “It’s not going to save us, nor is it the end of our industry.” Katrib notes that blockchain as a technology has actually been around for many years. “Its roots are in BitTorrent and the advent of decentralized peer-to-peer (P2P) networks.” In 1999, Napster popularized a network architecture that distributes tasks or workloads among peers, who are equally privileged. Peers supply and consume resources such as processing power or network bandwidth without the need for a traditional client-server model built around a central server. P2P networking gained popularity with BitTorrent, which used P2P networks to distribute large digital video files. (That latter association may make many in the M&E business feel queasy, since P2P networks became associated with piracy.)

The language to describe blockchain is another stumbling block, says Katrib. “What they call a ledger is actually just a database, but the most insanely sophisticated database out there,” he says. “If I put an asset in a blockchain database, you can track that asset for eternity. If I send you a Microsoft Word file and you access it through my blockchain, every subsequent transaction is noted. It will track that asset in perpetuity. That’s what is unique about this database and why it’s relevant. If, for example, the Academy’s Board of Governors signs off on a validated file on the blockchain, any manipulation to the validated master file will be noted, caught and exposed.”

That’s why so many in our industry are interested in the potential of blockchain for cybersecurity. But that’s not all it’s good for. As our industry moves to ATSC 3.0’s IP network and streaming becomes a bigger player, keeping track of the hundreds of versions of a single movie has become an overwhelming task that might have a blockchain-based solution.

Want to know more? Come to the NET lunch on Oct. 11 and see if Katrib meets his goal: “I want to move people from being neutral or negative about blockchain to being excited,” he says.