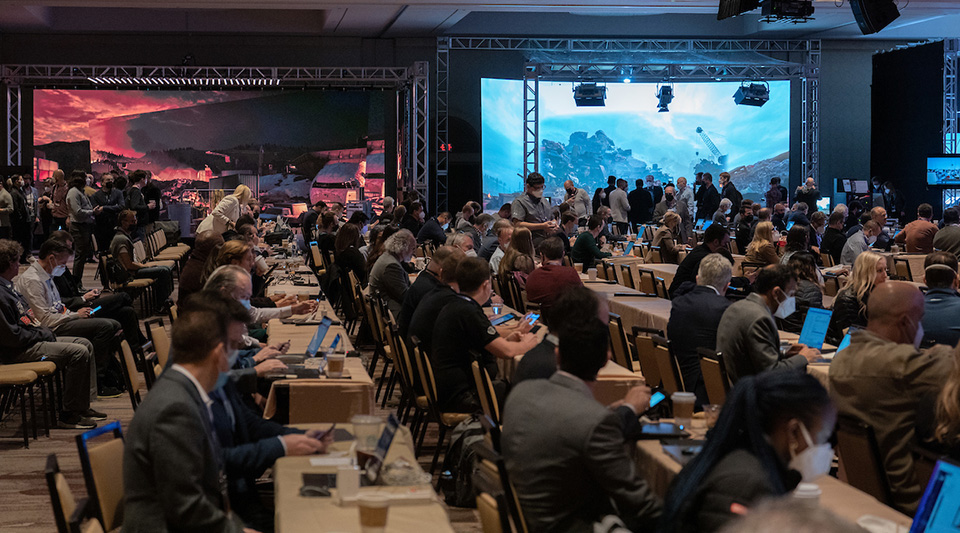 About the HPA Tech Retreat:

Why is the HPA Tech Retreat the most important event of the year?

Bringing together a world-class roster of leaders in engineering, technology, creativity and business to explore and experience the most compelling topics around the creation, management, and dissemination of content, the HPA Tech Retreat is unique among tech events. Ideas are rigorously explored and debated – not just during onstage presentations, but continuously throughout the event, from breakfast roundtables through to nightcaps.

The Tech Retreat depends on participants turning away from their day-to-day routines to engage with the brightest minds in the industry. This kind of focused, and authentic discussion between experts happens nowhere else.

Who Will Be There?

Participants have included Oscar winners, studio technology chiefs, NASA scientists, and executives from the most compelling technology hubs.  Attendees are there to engage completely with forward-looking trends and technologies of the content creation ecosystem while tackling issues of the present from fresh perspectives.

See What Companies Participated in 2022

The who’s who of the industry gather to connect, collaborate and shape the future of media and entertainment. Don’t miss this unique opportunity to get in front of top level decision makers without distractions. No mute buttons here!

Pull up a chair with a handful of thought leaders and hear from a subject matter expert while you enjoy your parfait. Ask questions, argue, learn, and enjoy. Bon Appetit with a side of insight. 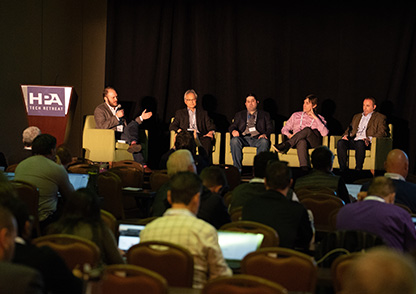 Tech Retreat Extra is a one-day deep dive into a new topic each year. Stay tuned! 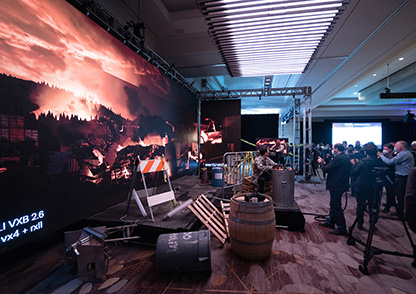 Why so super? This session has been on the cutting edge of technology and workflows in today’s ever-changing landscape. See what happens in 2023! 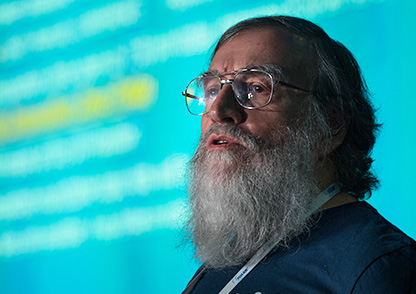 The launchpad and very foundation of the Tech Retreat. A day and a half of panels and presentations about the most important and intriguing ideas today, given by the people who know the most about them. Curated by the inimitable Mark Schubin, HPA Tech Retreat Maestro in Residence. 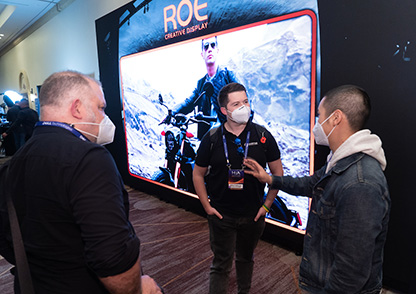 See it in the Main Program or the Supersession or TRX? Want to experience it in a fully interactive environment? It’s where you can find the latest and most compelling technologies for tire kicking and test driving.

See presentations from past events

Bringing the Tech Retreat back live to Palm Springs was a carefully considered decision. In compliance with governmental guidelines and with proper protocols in place, we’re thrilled to be able to safely provide that incredible Tech Retreat experience.

Palm Springs’ vaccination rate (96%) has been consistently among the top in the state. Health and safety measures in place at the 2022 HPA Tech Retreat include:

We continue to monitor the COVID situation and public health recommendations closely and will adjust our protocols to reflect the most up-to-date thinking. Please do not hesitate to contact us at hpa@hpaonline.com with any health related questions or concerns. To view the HPA Event Policy, please click here.

2. What is the HPA Tech Retreat?

The International Teleproduction Society (ITS, later the Association of Imaging Technology and Sound) offered a Presidents Retreat to allow chief executives of its member companies to combine a vacation with some information exchange. In 1995, the idea was extended to engineers with a Technology Retreat, which rapidly became more information and less vacation. After ITS ceased operations in 2001, the HPA began sponsoring the Tech Retreat.

There have been representatives of MPEG the Moving Picture Experts Group and MPEG the Motion Picture Editors Guild, NATO the National Association of Theater Owners and NATO the North Atlantic Treaty Organization. To add to the alphabet soup, AAF, AMPAS, ASC, ATSC, BBC, CEA, CEDIA, CPTWG, DCI, DoD, FCC, MPAA, NAB, NABA, NIMA, NSA, SMPTE, and USC have all been officially represented. So have ABC, CBS, Fox, NBC, PBS, UPN, and the WB among broadcast networks; Sinclair and Tribune among other broadcast-station owners; Columbia/Tri-Star/Sony, Disney, Fox, Paramount, and Universal among Hollywood studios; Adobe, Apple, IBM, Intel, and Microsoft among others from the computer industry. People attending the retreat have also come from all over the world.

5. What does “top engineering and technical talent” mean?

SMPTE Fellows, Oscar nominees, Emmy-award winners and Ph.D.s. Creators of some of the basic technologies used daily in content creation.Many of the attendees have CTO, vp-engineering, or director of technology titles. Others work on blockbuster movies and top-rated streaming and broadcast. Thanks to the informal nature of the retreat, it’s not easy to tell, and everyone is welcome to attend.

The unofficial motto of the HPA Tech Retreat is “Someone Will Be There Who Knows the Answer.”

It’s not a typical technical conference. There are no droning introductions listing a presenter’s academic credentials. In fact, there are no introductions at all beyond name and affiliation.

7. What does “exchange information” mean?

The retreat is divided into several categories: pre-retreat seminars and events, the main program, breakfast roundtables, the demo area, the quizzes, and the softball challenge. There are also meals and breaks that are useful for networking.

8. What is the main program?

The main program is devoted to the most compelling issues of the time, with a focus to putting  the most knowledgeable experts together to explore and enliven a conversation around those issues.  Much of the main program is invited; the rest is drawn from submissions. The main program is run precisely by the clock. The slot for each presentation includes set-up and questions-&-answers, and speakers have sometimes been cut off in mid-sentence. Similarly, the program starts and returns from breaks at exactly the listed times.

9. How long are presentations in the main program?

They are probably a little shorter than they should be. Individual presentations typically last between 10 and 45 minutes. Panels typically run from 20 to 90 minutes. There is no fixed time period, but shorter presentations can more easily be squeezed in.

10. How does one get to present on the main program?

A Call for Proposals is issued every year around Labor Day. There are, year over year, more submissions than can be accommodated. The burning issues facing the ecosystem may help determine which submissions are accepted. Those wishing to make presentations should also consider breakfast roundtables and the demo area. Presentations in the main program, the breakfast roundtables, and the demo area are not mutually exclusive.

11. What are the breakfast roundtables?

Starting at 7:30 am, the breakfast roundtables are one of the most popular aspects of the retreat. Each table has a number which corresponds to a posted list of topics and moderators. Moderators may choose any topic and run the roundtables as they see fit. They may present information, gather information from those at the table, or simply moderate arguments between others. Popular tables might end up surrounded by layers of attendees and others might have only a few. There are no restrictions on topics other than length (so they may be printed; long topic titles will be abridged). There are no restrictions on moderators other than being registered at the retreat. All requests to moderate tables are accepted; if another moderator has chosen the same or a similar topic, the moderators will be informed so they may consider combining their tables. A moderator may choose to have tables at either or all, and if more than one, on the same or different topics. A single company or organization is welcome to provide moderators for as many roundtables as it would like. Once a roundtable is confirmed, it must be moderated, even if someone else seems to have a more attractive topic. Topics and moderators, however, may be changed.

12. What is the Innovation Zone?

The Innovation Zone is not a trade show but rather a curated area where the latest, often unseen technologies or applications are demonstrated.  Participants for the Innovation Zone must apply, and the applications are reviewed by the Innovation Zone manager and HPA Tech Retreat Committee.  The Innovation Zone is focused on new technology or applications. The retreat will provide table(s), chair(s), power, and security. No “booths” are permitted. No corporate signage is permitted; the retreat will provide a simple paper sign with the name of each demonstrator’s company or organization. Information about the technology or application is accepted and appreciated. White papers are encouraged. Relevant product literature is fine. Demonstrators are encouraged to join forces to show systems. In the past competitors have helped set up each other’s demonstrations.Many popular products were first introduced at the HPA Tech Retreat, -Panasonic’s Varicam and Sony’s HDCAM SR- among them. Other innovations shown at the retreat have yet to make it to mass manufacture, including a 72-frame-per-second HDTV camera and a system for automatically converging and color balancing multiple projectors forming a single image. Some are one of a kind, like a tiny Lucas Digital (ILM) camera-attitude sensor used in Star Wars: Episode 3. A slot in the main program at the end of the first day is reserved for demo introductions. Each demonstrator is allowed a very brief period (about a minute) to introduce the demonstration. That is followed by the first scheduled demo session, which includes a cocktail reception for attendees and their registered guests. There is another scheduled demo session at the end of the last day. In between, attendees may schedule demos at mutually convenient times.

A quiz relating to television technology is posted at the registration table at the beginning of each session. A bowl is also provided there for answers. The first quiz is relatively easy, and there are multiple winners. Quizzes get progressively harder.
One year, participants were asked to derive the NTSC color subcarrier from scratch. Another quiz asked for the next number in these series: 51, 25, 19, 13, 8, 6 and …21, 16, 11, 8, 6.

Those entering are welcome to consult others, reference books, or the Internet. Past prizes have included glow-in-the-dark statues of the patron saint of television and plush teddy-bear TV remote controls.